It’s 2019 and the spending power of the youth market is now truly undeniable. With a vast plethora of sources out there showcasing just how big their spending power is, every brand now wants a slice of the action, but winning over this lucrative market doesn’t come without the risk of embarrassing failures!

Contributing approximately 23 billion into the economy each year, students today are a far cry from the ‘broke’ youth stereotype of previous decades, and with their modern shopping habits showing annual spends of over 3.5 billion on food, 2 billion on entertainment and another 1 billion on clothes alone, students today are spending big and across every market.

In a rush to tap into this billion pound spending power, many brands forget to consider the market drivers and learn its complexities, and in turn this has resulted in even some of the globes most familiar brand faces falling short with failed attempts.

A recent and likely memorable example of how a global player can get it so drastically wrong was Pepsi’s 2017 “Live for Now” Campaign. Featuring Kendall Jenner, the 21st century super model for the millennial generation, Pepsi released a 2 minute ad that showed the icon leaving work to join a Black Lives Matter protest.

With the youth generation of today more politically active and aware than ever before, Pepsi’s attempt to showcase this was only developed with good intentions, however the brands attempt to link themselves to a good cause only to increase the sales of soda fell on deaf ears.

With the global youth branding the companys creative as tone deaf and outright offensive, this was one tailored campaign that really missed the millennial mark.

Sticking with the political theme and taking a trip across the Atlantic, the next failed attempt on harnessing the youth market comes from within the home of Hillary Clinton. In a cringe inducing attempt to engage with millennials online, the Former First Lady and Presidential candidate took to Twitter to ask the following question… “How does your student loan debt make you feel? Tell us in 3 emojis or less.”

Targeting a generation growing up along side the development of the digital language, and introducing this virtual text into on screen conversations may have seemed like a smart idea at the time, however Clinton’s team failed to understand the true role that digital media and emoji’s play online. A lighthearted, fun and often simplified method of digital communication, emojis have no place in a serious conversation around the crippling student debt that millions face around the globe.

Mistaking Millienials love for digital comms as their preferred method of communication, Clinton and her team managed to insult rather than evoke the youth market, failing to understand that when it comes to hard hitting issues, the youth market have complex opinions that they want to be heard.

The final fail to hit the screens of some lucky youth consumers comes from the worlds most popular desktop system. With almost 45 years in the digital game, Microsoft’s marketing history is almost squeaky clean, with the exception of this 2016 cringeworthy content. In an effort to use contemporary slang to help sway its intern youth workforce to attend the Microsoft ‘Interpalooza’, the following email was sent out.

Titled ‘Hey Bae Interns’ and including the following 21st century terms “get lit’ and “the best beats” the Microsoft interns of Seattle were left thinking someone’s dad had hacked the system after swallowing the Urban Dictionary. A company renowned for its technological innovation, this move was far from a step in the right direction! Learning its lesson the hard way and reiterating the need to stay on brand, Microsoft’s misrepresentation emphasises the need to stay true to who you are, regardless of your target audience.

As a Youth Marketing Agency, BAM can show you how to hit the millennial mark the first time around, helping to cement your success for now and the future. Get in touch to find out more about how we can help you. 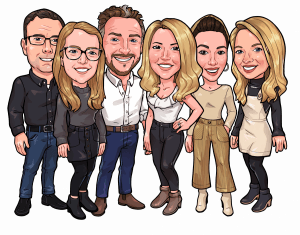 6 Ways to advertise on Campus

A Guide to thumb-stopping Social Media